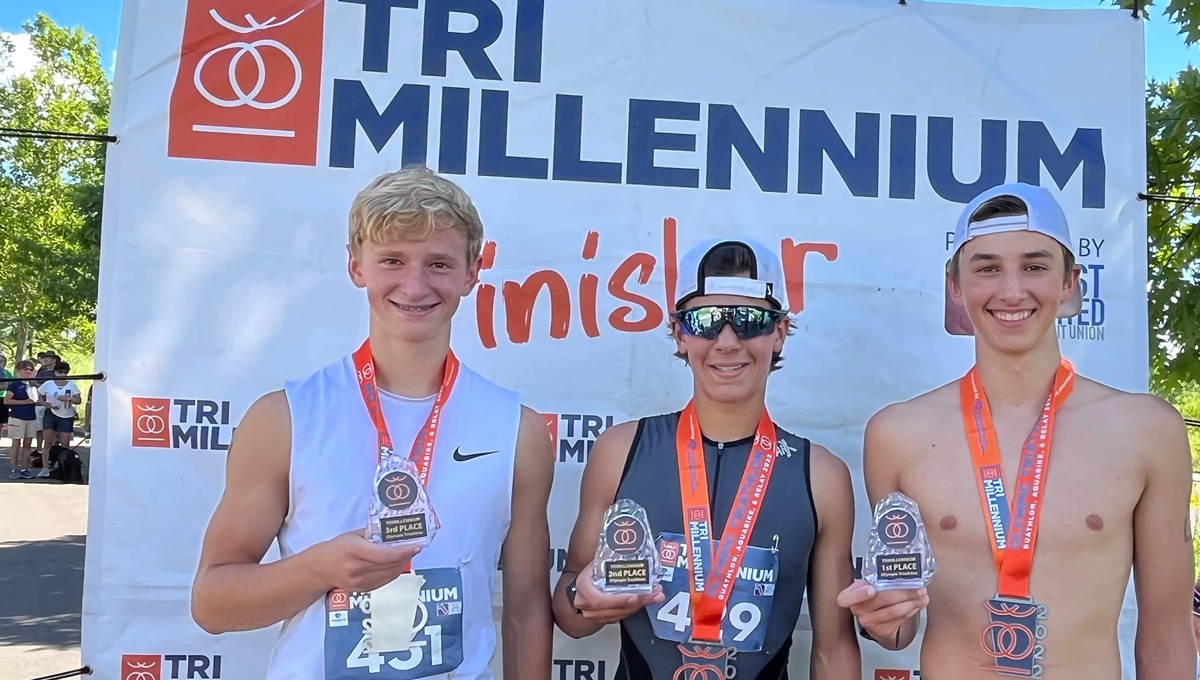 Group of students completed the Millennium Tri in Grand Rapids on July 31By: Zach Harig

Eight Hamilton High School students set a lofty goal for their 2022 summer: to train and complete an Olympic distance Triathlon.

On July 31 at the Millennium Tri on the west edge of Grand Rapids, the eight students completed their mission swimming 1500 meters, biking 24.8 miles, and running a 10k. 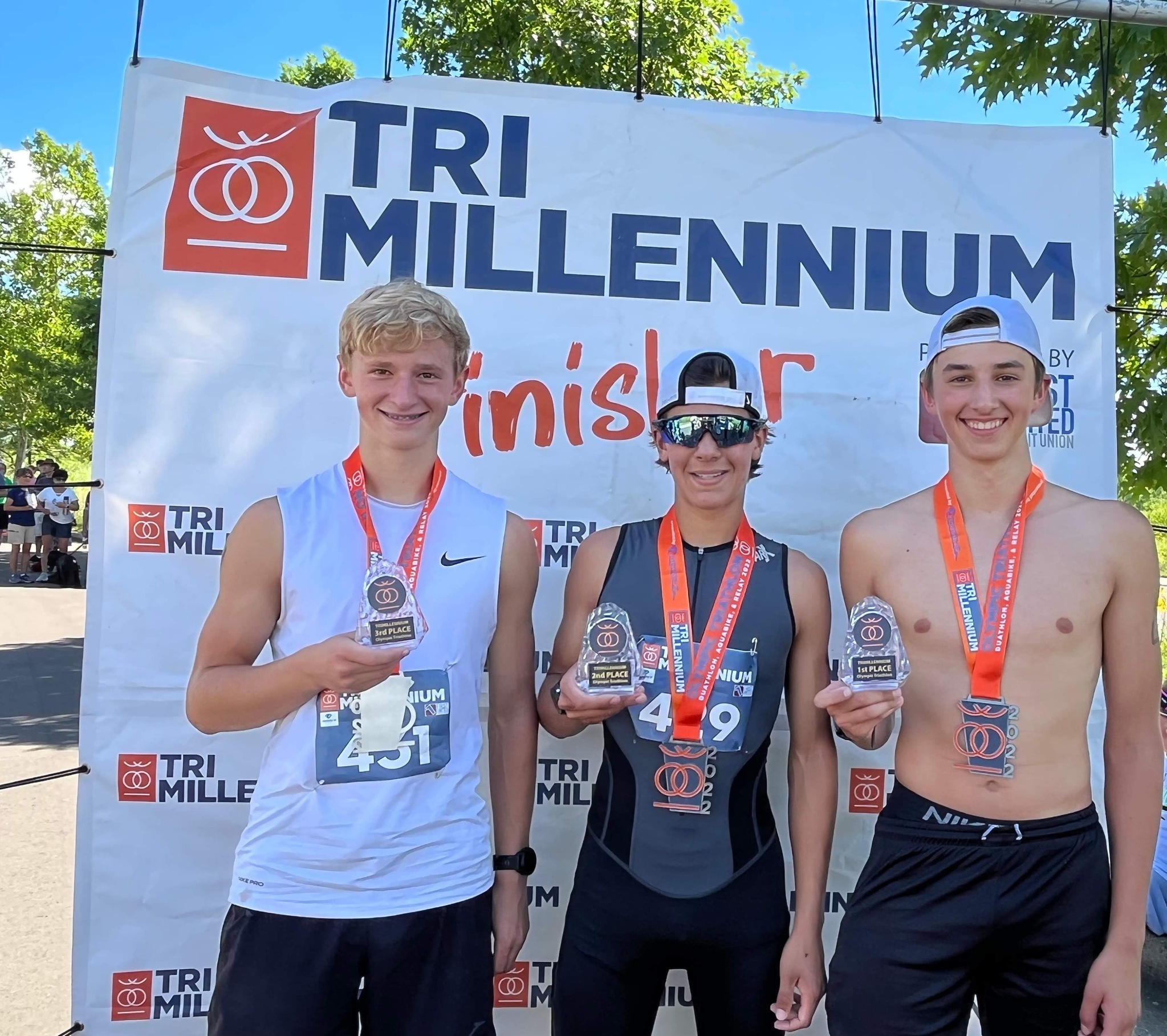 In fact, Carson McIntire (Class of 2024) won his division and finished 16th overall at the Triathlon.

The eight students posed for a photo after the event. 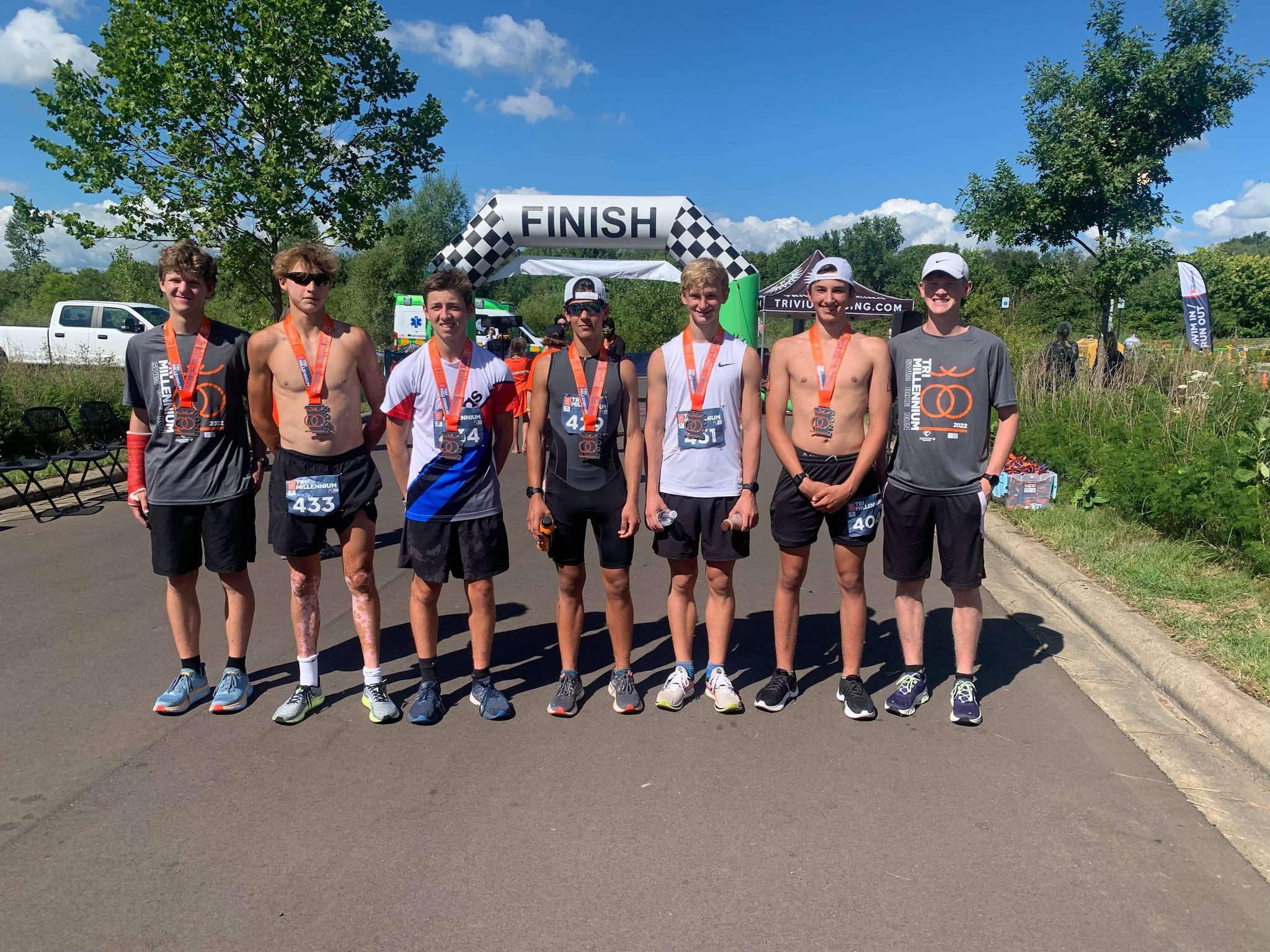