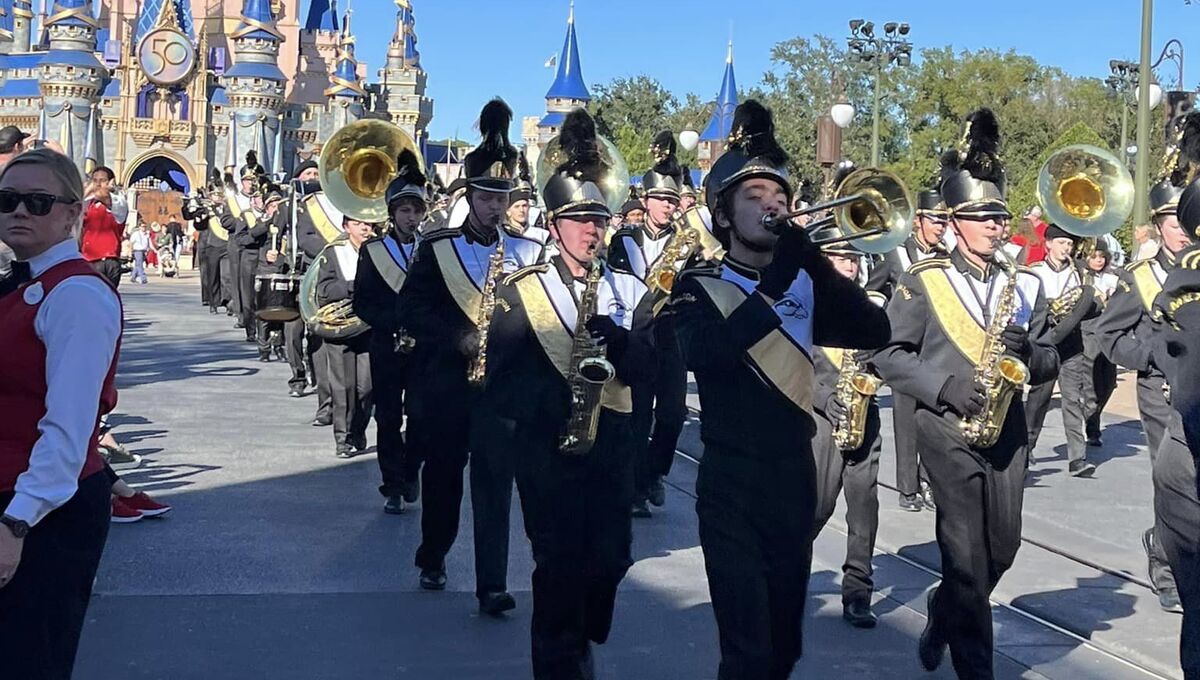 It's called the "Most magical place on earth" for a reason and over holiday break, the Hamilton High School band had a chance to experience it for themselves.

The band made the trek to Orlando, Florida and performed at Walt Disney World on December 28, marching in front of the Magic Kingdom and down Main Street as thousands looked on. However, the trip wouldn't end there as the students were able to enjoy the parks for two days following the performance!

This opportunity for the HHS Band comes every four years and was made possible by the band boosters and chaperones. A job well done to Mr. Herrick, Mr. Connelly and our incredible Hamilton High School band!

Take a look at a video of the performance and other photos below!