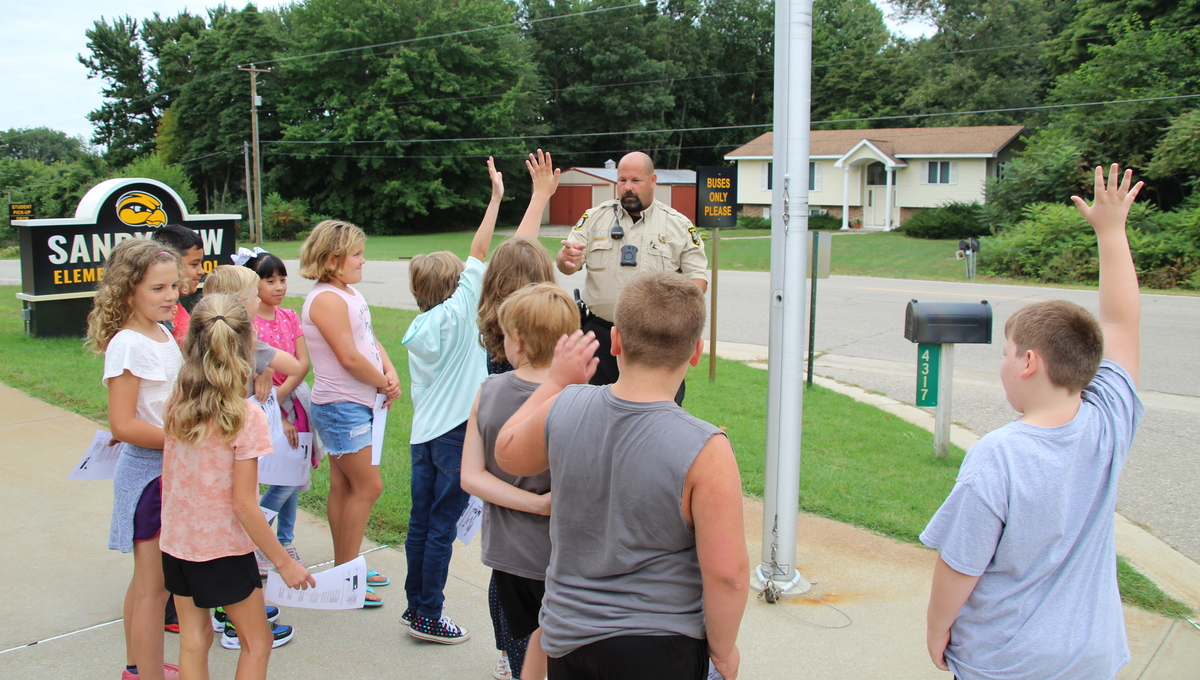 For the first time ever, Hamilton Community Schools will have a School Resource Officer (SRO) roaming the hallways of district buildings. On November 7, Superintendent Dr. Bradford Lusk announced the hiring of Allegan County Sheriff’s Deputy Joe Knapp as the school’s SRO.

Knapp is a 23-year veteran of the police force after serving five years in the United States Air Force from 1989-1994, leaving the service with the rank of Sergeant. As a parent of five Hamilton graduates and assistant high school football coach for six years, Knapp knows the community and district well.

“We are very fortunate to employ not only a decorated officer, but one that is a resident, parent, and coach in our district,” said superintendent, Dr. Bradford Lusk. “Having someone who understands Hamilton will only better serve our students, staff, and stakeholders. The training, relationship building, and community outreach opportunities that Officer Knapp brings to the position is impressive and makes him the best person for the position.”

This move further exemplifies the commitment to school safety for first-year superintendent, Dr. Bradford Lusk after taking over the role in July.

“Having an official School Resource Officer (SRO) in our district provides many benefits to not only our buildings, but also to our community,” said superintendent, Dr. Bradford Lusk. “Bridging the gap between community, school district, and law enforcement is important to ensuring a seamless chain of events can occur in the case of an emergency.”

Funds for the position were made available by safety grants from the State of Michigan. Knapp will begin his role on December 1 and will be providing safety across the district’s six buildings and at various school events. Officer Knapp will also be involved in the training of staff and students for emergency situations as well as overall district safety layouts and planning.

“After meeting with community members in my first months on the job, adding additional measures of safety and security to our district has been a top priority,” said Dr. Lusk. “Planning has been underway for months regarding the safety grants and how to best utilize those funds. Budgeting has already been underway to ensure the long-term sustainability of such an important position.”

The hiring of Deputy Knapp has also made it through the West Michigan media!