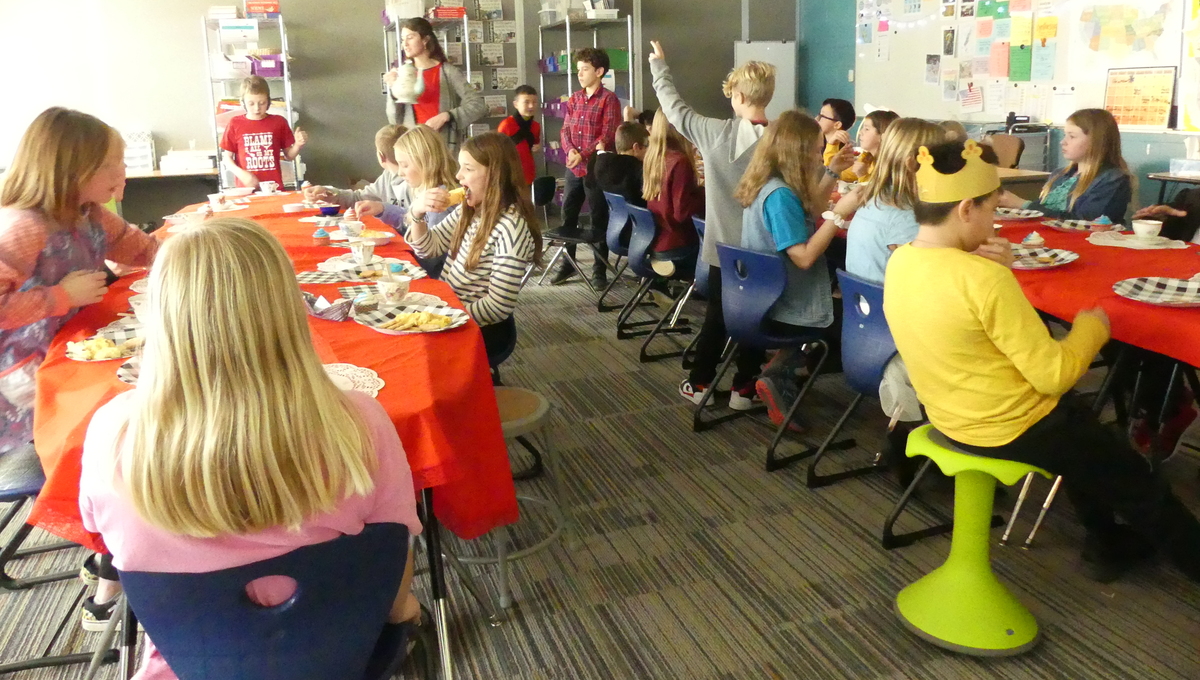 The Patriots and Loyalists came together for the civil tea party.

"We were fascinated that the Boston Tea Party wasn't actually a party, it was patriots rebelling against parlament," Ms. Thornton explained. "Today, students were asked to dress accordingly, so those wearing blue are patriots and red are loyal to the king. We do have King George among us and British soldiers as well."

Ms. Thornton says the day helped the students better understand what was important and valuable back during the American Revolution. However, it's also a celebration of the students' hard work.

"This is a fun time to just build community and celebrate the hard work they did during their research," she added.