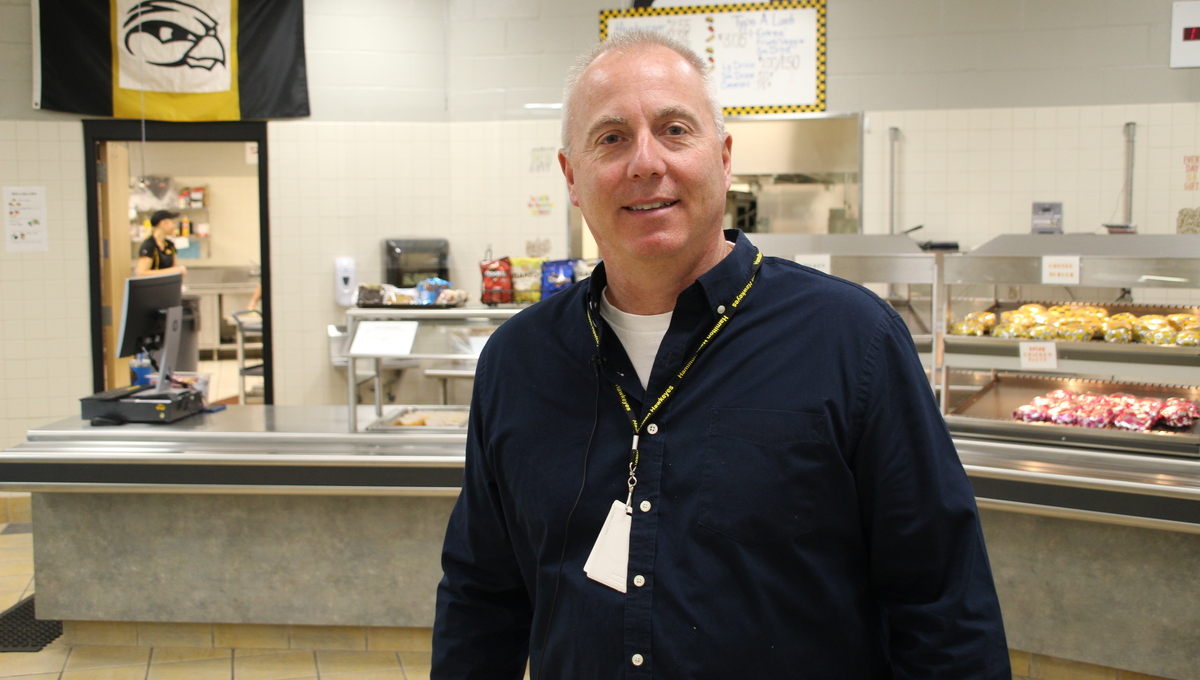 Since being hired by Hamilton Community Schools in April of 2002, Paul Keene has proven his worth to the district.

Never flustered, always understanding, Mr. Keene quickly made an impression on all. Fast forward over 20 years later and he is still making that same impact on his staff and the district as a whole as the Food Services Director.

"Paul Keene is a great employee and a great person to lead the department but he's an even better person," said superintendent Dr. Bradford Lusk. "He's well respected, he's counted on and always comes through, we love working with Paul."

"He's an awesome boss and very caring and understanding," added Jeanne Collings, who has worked with him for 16 years. "I would never want another boss."

Despite living in Kalamazoo for all of the 20-plus years working in Hamilton, Keene says he quickly realized how special the district and community are.

"People have told me it's just different in Hamilton and until you're here, you don't really understand that," he smiled. "This community is so caring. Obviously to keep driving all that way, it's a very special place to me."

Keene is responsible for all six district buildings including menus, and USDA compliance while ensuring all students are fed and getting the nutritional value they need.

"I have been blessed with a wonderful staff, we're bright and early until late in the afternoon and our job is to make sure we're serving nutritional meals and meals the students want to eat as well," Keene added.

Jenn DeFouw has been working in food service since February but says she has never worked for anyone better.

"He's the best boss I ever had," she smiled, "If something needs to be done he jumps in and helps, he doesn't ask why we're behind, he jumps in to get us ahead."