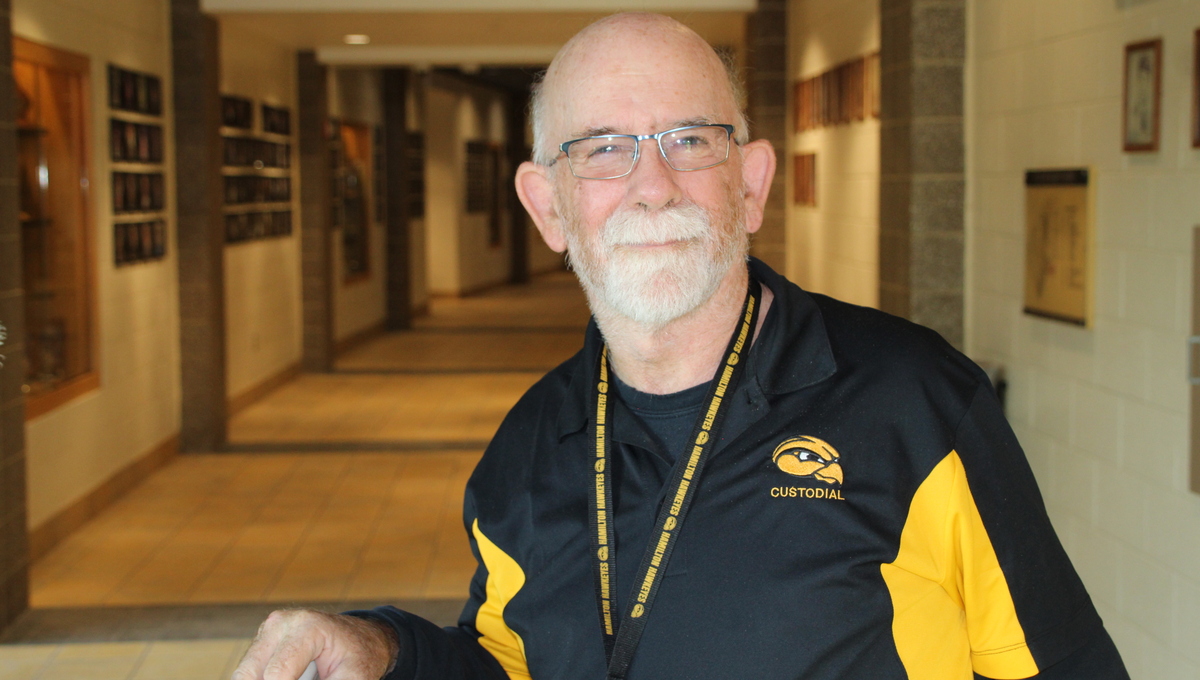 Mr. Chuck Breuker is as dedicated as they come to both Hamilton Community Schools and its community. A 1976 graduate of Hamilton High School, Chuck went on to find work right away for his alma mater.

"I thought I would get a different job than custodian but that's what I was called to do," he smiled.

Chuck has moved from Blue Star to Hamilton Middle School and now continues to serve the students and staff of the high school. He's not only a custodian, but also can be seen pumping up the student section at sporting events and encouraging students in the hallway.

"I stay around because the students and staff really are very kind to me, I love it, I love it, it's such a great place," he added.

This year, he has added motivation at work.

"My oldest grandson is a freshman year and I told my daughter and son-in-law that I want to work until he graduates and that will be the year I will retire."

Nearly 46 years in and yet the same passion remains for the Hawkeye community. Hamilton Community Schools would like to thank not only Chuck but all of our dedicated custodians who work so hard to keep our buildings looking spotless.

Click here for a full video interview with Chuck!