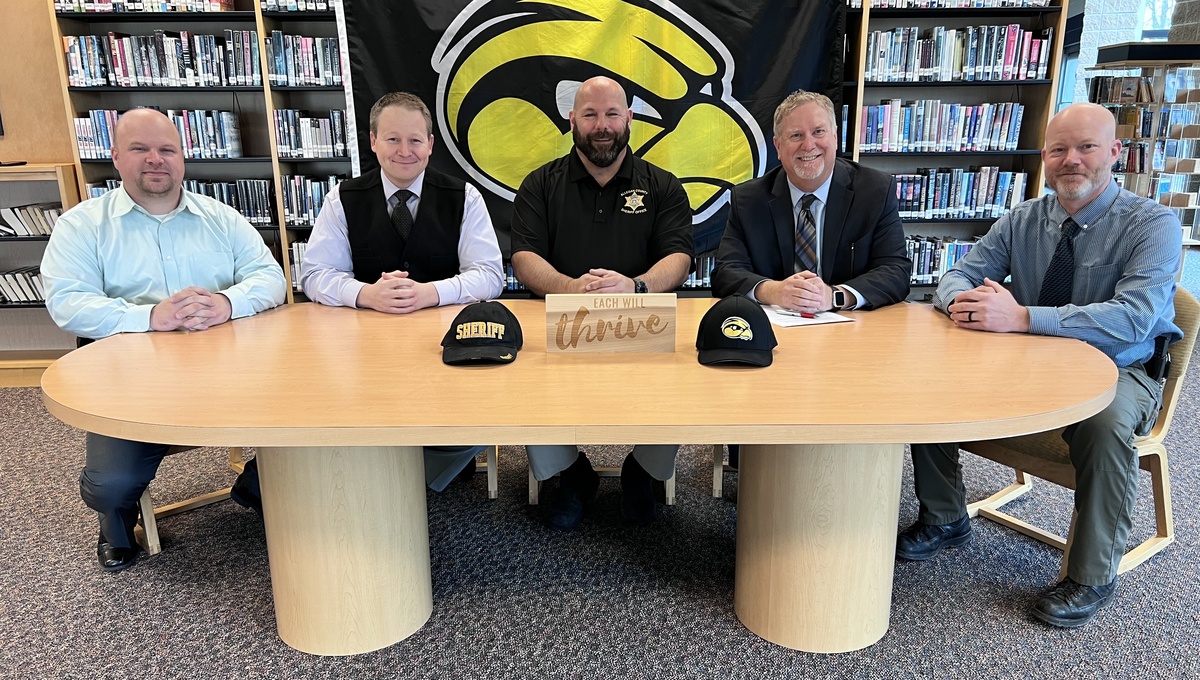 According to Sheriff Baker, the partnership between his department and the school district is a win-win.

"One of the nice things about these contracted positions is whenever we enter into a partnership with a new contract, we back-fill the the position on road patrol. There is no loss of general funded road patrol to the county, all this is a benefit. It benefits the community in which they serve and the overall county because it allows for more resources for us, in the event that they are needed," Baker explained.

"Deputy Knapp is not only a resource to the school but he has all of the resources of the entire Allegan County Sheriff's Office. If there's a situation where something needs to be investigated, such as a threat or concern, he can call up our detective bureau and resources there to do what it takes to provide a safe resolution so that school can start on time and ensure everyone in the school feels safe," added Baker.