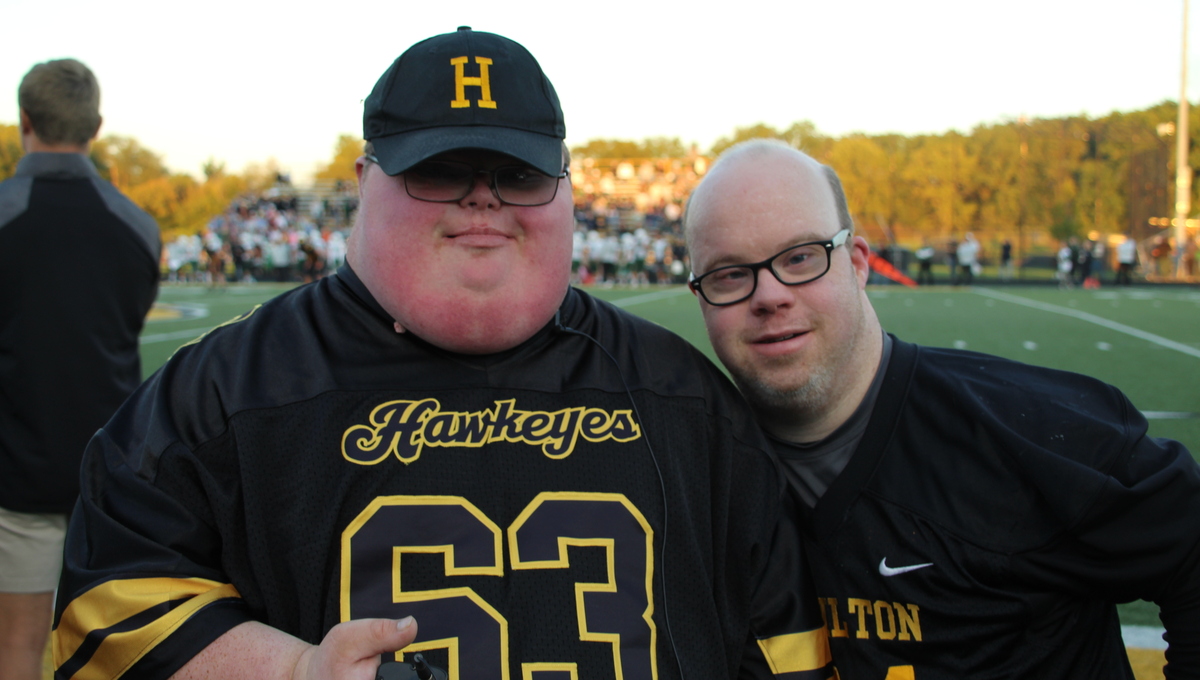 Zach Aalderink and Jacob Sharp have always been interested in athletics, dating back to their time as students at Hamilton.

Unfortunately, neither of them could ever suit up with their friends and play the sports they loved. However, Hamilton Community Schools staff members were quick to use their passion and turn it into a victory for everyone involved.

After her son Zach was diagnosed with Down Syndrome, Linda Aalderink knew the district that would best serve him and their family.

"We knew we would be sending him to Hamilton right away and it was the best decision we've ever made," she smiled. "He has flourished here, from kindergarten through high school. Hamilton has been a blessing to us as a family, but I know having Zach in the hallways at Hamilton has made an impact on other students as well and it was best for everybody."

Not only did Zach excel in school and socially with other students, but he quickly found an interest while watching his classmates take to the football field on Friday nights.

"He's always liked sports, as he got older in high school he expressed interest in being on the sidelines with the team," added his mother, Linda.

After conversations with different staff members and the football coaches, the rest became history. 22 years later, Zach is still looking forward to every Friday night under the lights.

"It means so much, he's had a sense of belonging and a place where he feels like he's part of the team and making a difference. I believe it has made a difference having his face and enthusiasm down here," she added. "I think it has meant a lot to the team, he's been a constant on the sidelines for 22 seasons."

Zach says his favorite part has been leading the team out of the locker room and through the tunnel every week but there's another full circle moment that has stood out to him.

"I know [head football coach] Phil Koops from my high school years and I know him way well," Zach smiled, "we graduated together in the same grade and that part I love."

Joining Zach ten years later in 2010, came Hamilton student Jacob Sharp. Another football fan, Sharp had also expressed interest in wanting to be on the sidelines with the team. After just a few short conversations with Jacob's teachers and the football program, he was running out of the huddle and taking the field with the Hawkeyes.

"We found out when he was born that he had Down Syndrome," said Jacob's mother, Lisa Sharp. "Thankfully, we have a school that embraces those with different abilities and finds a place where they can thrive."

Jacob began to take the field with his seventh grade classmates in 2010 and as they moved up in grades, he would be right there beside them for the football season. When his classmates graduated, Jacob stayed and remained with the varsity program alongside Zach Aalderink to help boost the Hawkeye spirit.

"Some of these men of Friday night football may have a child of their own with a disability," Lisa said. "They can look back and think, 'Oh, I remember Jake Sharp or Zach Aalderink and it's going to be okay,' sometimes we're just planting seeds."

Click here for the full video of Zach and Jacob! 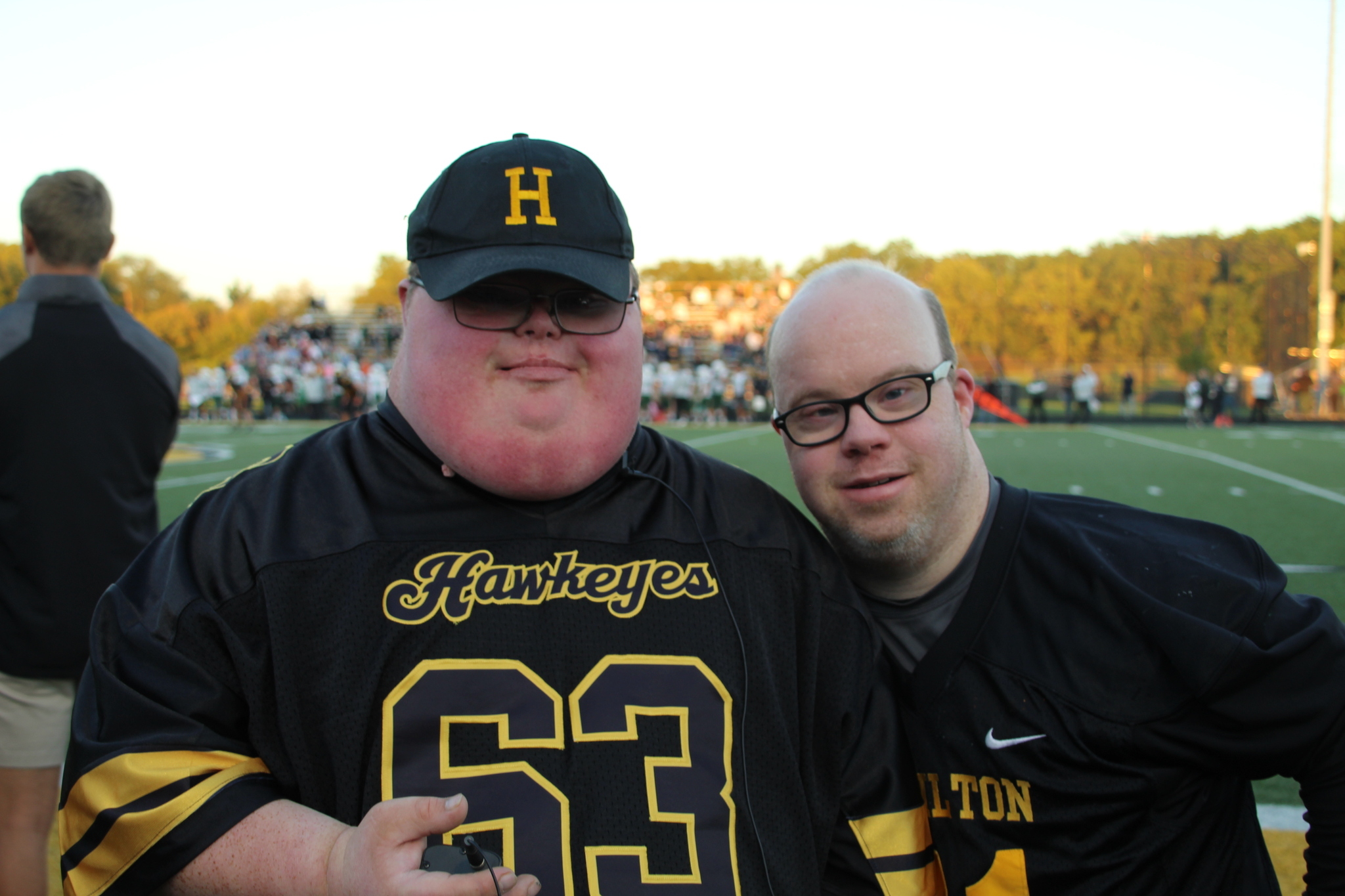